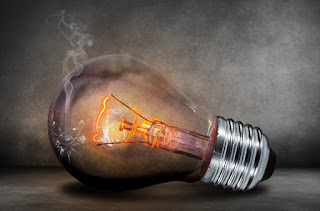 A reaction always proceeds by breaking of bonds in the reacting molecules therefore, whether a reaction is exothermic or endothermic, to start with energy must come from some source to break the bonds. 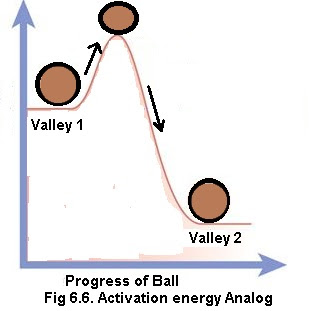 Imagine some balls attempting to climb over a hill from one valley to another (Fig. 1.1). Only those balls will cross over which possess a certain minimum of energy to reach the hilltop from where they would get over the barrier. Similarly, only such reacting molecules that possess certain minimum energy could change into products but before doing so, these would have to cross over the Activation energy barrier.

Consider the energy changes during the course of the reaction, 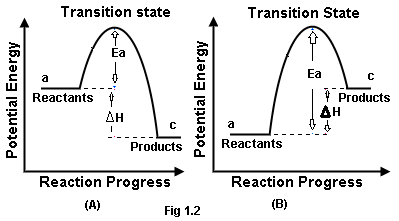 The reaction C + A-B       C-A +B could be visualized to take place by the following steps. The molecule C approaches A-B from a direction remote from B (proper alignment). While C draws nearer to A, B starts being repelled from A until a stage is reached when C and B are rather loosely attached to A and are approximately equidistant from it. This is the least stable arrangement and is called the transition state (TS) or activated complex. The sequence of events may be represented as:

The conversion state is not a real molecule, the bonds being partial. In this condition the system possesses maximum energy and is most unstable. Hence the transition state of a system could be described as an extremely transitory specific arrangement of atoms and groups through which a reaction system must pass on its way to the products. In other words, the transition state (activated complex) has extremely short life-time and at once decomposes to give the products. 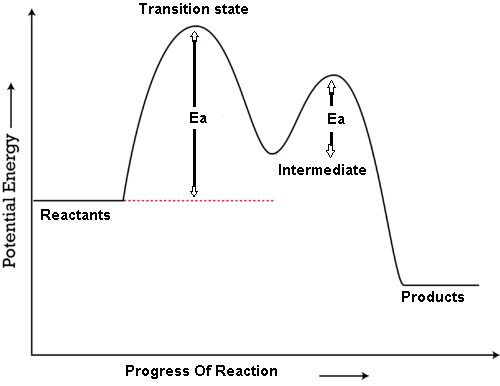