After arranging elements in the Periodic Table, it  was natural to give each element a number indicating only its position on the series based on increasing atomic weight. No real physical significance was associated with the concept of atomic number when it first came into use, but after Rutherford proposed the atomic model with a nucleus in the centre it was estimated that the charge on the nucleus was very close to one-half the atomic weight: 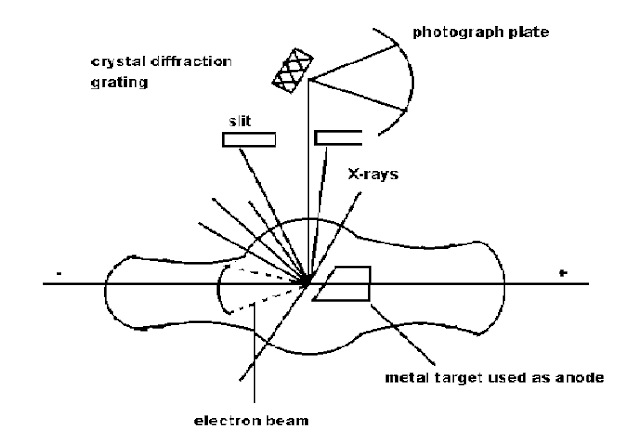 The verification of this hypothesis came from the work of Moseley. He analysed X-rays produced when cathode rays strike metal target. When metallic element are used as target for cathode rays (electron beams) they emit an X-ray spectrum Figure 1.1 show a diagram of the apparatus used by Moseley, and fig 1.2 shows a typical X-rays spectrum produced by a metal target. 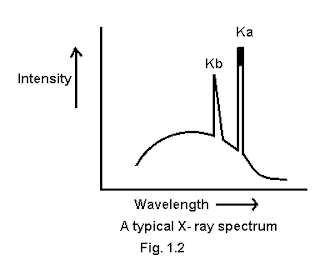 The X-rays are generated when the cathode ray collides with an electron in the K shell knocking the electron out of atom. The vacancy in the K shell is filled when electrons in higher energy level fall into the K shell. This causes the emission of X radiation fig 1.3

One Comment on “Atomic number and the modern periodic law”