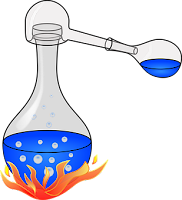 The vaporization of a solid directly on heating without passing through the liquid phase and condensation of these vapors on cooling to solid without passing through a liquid phase is called sublimation. usually, substances with low intermolecular forces are sublime (i.e) liquid state is of a very short time, not easily observable, hence it is considered that solid directly converts into a gas without changing its liquid state.

The following are some important substances which can be sublimed.

It is a separation and purification technique. Only those compounds show this property which has high vapor pressure at a temperature below their melting point.

The solid substance being sublimed is called sublimand.

The pure solid obtained after sublimation is called sublimate.

in this sublimation process, a substance to be sublimed is taken in a watch glass which is covered with an inverted funnel. The stem of the funnel is closed with a cotton plug. Heat the substance slowly on the sand bath Fig (2 4). At the same time cool the funnel with wet cotton. The compound sublimes and the pure solid deposits on the inner side of the funnel. In a better method, the process is carried out in a cold finger. 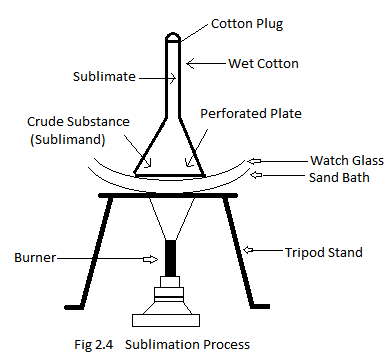 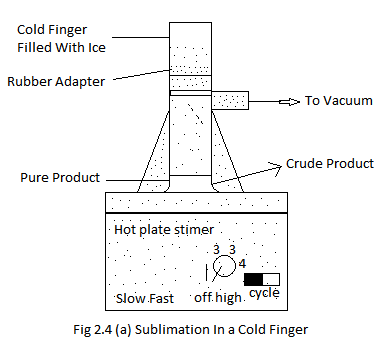