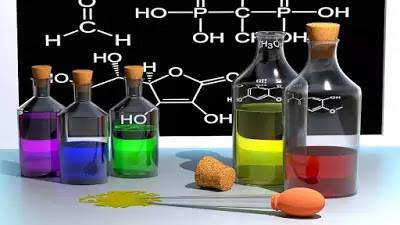 By Composition I mean that the matter is made up of kind of smaller particles like atoms or groups of atoms (e.g) water consist of hydrogen and oxygen, a table salt consist of sodium and chlorine, sugar consist of carbon-hydrogen and oxygen, etc.
By physical state I mean that matter under consideration is either solid liquid or gas. The matter with different physical states has varying chemical and physical properties.  Both are the essential descriptions for the study of matter. Chemistry deals with both.  Another main thing discussed in chemistry is change. it has versatile and bit confusing meanings but the most fascinating part of chemistry.
We often observed that our clothes get fade colors, paints damages, working of cells, water converts into ice and vice versa, combustion of gas, hearing of sound, weather changing and so many changes, all these types of changes are directly or indirectly deal in chemistry.
A simple example of these changes are shown by the diagrams,

We often take the subject as the study of chemicals; yes it is also true (e.g.) if we are studying the properties of water, basically we are dealing with the chemical as in this case water is a chemical.
We are surrounded by millions of chemicals and the changes around us also of either chemical or physical.
It is really difficult to study such a versatile subject directly so great scientists suggested dividing the subject into different branches.
Another thing related with chemistry is the study of mixing of stuff to get new stuff. (e.g)
When we mix hydrogen(H2)  and oxygen (O2) in definite ratios and under definite conditions, we get water(H2O), similarly fertilizers can also be prepared by mixing definite substances like carbon dioxide(CO2) and ammonia(NH3) to get urea(NH2)2CO. 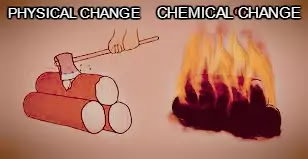