What is the ozone present? 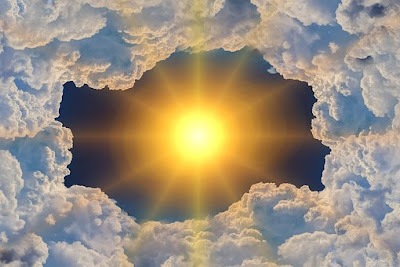 Ozone is an allotrope of oxygen. It is present in the form of the layer in the stratosphere and surrounds the globe at a distance of 25 –  28 Km.

It filters most of the harmful UV rays present in the sunlight. In other words, it protects the earth from UV radiation.

The thickness of the ozone layer:

If the ozone layer becomes thin then life on earth would be threatened. In the 1980s, a large hole in the ozone layer was discovered. This hole was detected in the Antarctic region. Since that time there is a major environmental crisis.

The amount of ozone in the atmosphere is expressed in Dobson Unit which is abbreviated as DU. The regular quantity of overhead ozone is about 350 DU.

Ozone is produced in tropical regions by the photochemical reactions of oxygen. Then it is transported to polar regions.

Ozone as a pollutant:

Ozone acts as a pollutant and causes various health problems:

Variation of ozone on earth:

Change in the thickness of the ozone layer:

The region in which the ozone depletes substantially in every year during September – November is now called the ozone hole.

The various chemical reaction is responsible which deplete the concentration of ozone in the stratosphere. This is not only happening in Antarctica, but it is happening worldwide.

The ozone layer exists in the atmosphere in the stratosphere. It is approximately at a distance of 15 – 40 Km altitude. It is just above the troposphere which extends to an altitude of 10 – 15 km from the earth. The temperature after troposphere decreases with increasing altitude from 15 to 56 °C. The reason is that air which is near the earth is heated by radiations emitted from the earth.
The temperature in the stratosphere increases with the increase of altitude from -56 °C to -2 °C.

Ozone is the main chemical species present in the stratosphere. It absorbs the UV radiations and increases the temperature in the upper part of the ozone layer. The range of UV light is from 50 – 400 nm. It is more energetic than visible light and is very harmful.

A screening layer of ozone has been provided by nature in the stratosphere.

Chlorofluorocarbons are very important compounds that are produced on an industrial scale in the world. These compounds are used as refrigerants in air conditioning. They are also used as aerosol sprays. They are inert in the troposphere. Anyhow, they slowly diffusing to the stratosphere. In the stratosphere, they are exposed to ultraviolet radiation. These radiations produce chloride-free radicals. These chloride-free radicals react with ozone and converted into oxygen.