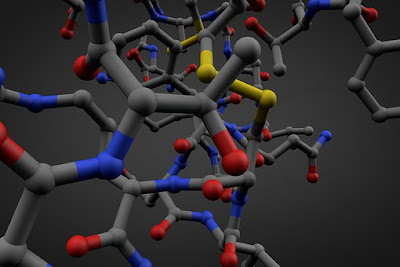 are formed from the condensation polymers and this formation from the monomers, water is obtained as a by- product. Some of the Natural polymers also include DNA and RNA, these polymers are very much important in all the life processes of all the living organisms. This messenger RNA is the one that makes possible peptides , proteins, and enzymes in a living body. Enzymes inside the living organisms help the reactions to happen and the peptides makes up the structural components of hair, skin, and also the horns of a rhino. The other natural polymers are polysaccharides or called as sugar polymers and polypeptides such as keratin, silk, and the hair. Natural rubber is also a natural polymer which is made of hydrogen and carbon.Examples of Natural Polymers There are about many examples of natural polymers which occur in nature.A brief description on some of them are listed below.

Proteins are the basic type of natural polymers which constitutes in almost all the living organisms. Proteins are said to be most versatile in nature. They can also be as catalysts. Some of the proteins are called as enzymes. These enzymes are responsible for various chemical reactions occurring in our body and it happens about million times faster even without these enzymes. One type of protein in our blood called as hemoglobin carries the oxygen from lungs to the cells of a human body. A protein is usually a naturally occurring type of polyamide. This polymer consists of an amide group present in the backbone chain of human body. 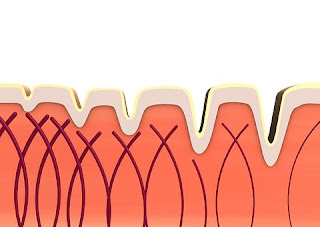 Collagen is one of the natural polymers and is a protein. It makes up the connective tissue present in the skin of human beings. This Collagen-polymer is also a fiber that creates an elastic layer below the skin and thus helps in keeping it supple and smooth. 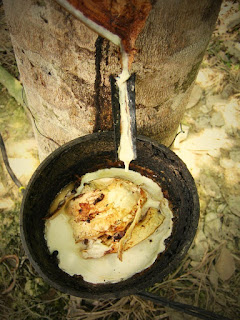 Latex is known to be a kind of rubber, and rubber is a natural polymer. This latex occurs in both the forms either synthetic or natural. The natural form of latex is mainly collected from the rubber trees and it is also found in variety of plants which includes the milkweed. It can also be prepared artificially by the process of building up long chains of molecules of styrene.

Cellulose is one of the most abundant organic compounds found on the Earth and moreover the purest form of natural cellulose is the cotton. The paper manufactured from the woods of trees and also the supporting

materials in leaves and plants mainly comprise of cellulose. Like the amylose, it is also a polymer which is made from the monomers of glucose. 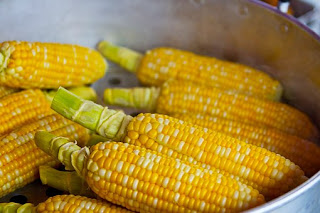 Starch is the derivative of condensation polymerization and consists of glucose monomers, which further split into water molecules when combined chemically. Starch is also a of basic food groups called the carbohydrates and it is found in the grains, cereal and potatoes. Starch is a polymer of monosaccharide glucose. The molecules of starch consists of 2 kinds of glucose polymers namely amylopectin and amylose which are the main component of starch in most of the plants. 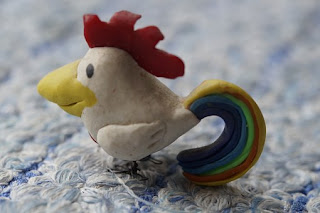 Synthetic polymers are human-made polymers. From the utility point of view they can be classified into four main categories: thermoplastics, thermosets , elastomers and synthetic fibers . They are found commonly
in a variety of consumer products such as money, glue, etc. A wide variety of synthetic polymers are available with variations in main chain as well as side chains. The back bones of common synthetic polymers such as polythene, polystyrene and poly acrylates are made up of carbon-carbon bonds, whereas hetero chain polymers such as polyamides, polyesters, polyurethanes, polysulfides and polycarbonates have other
elements (e.g. oxygen, sulfur, nitrogen) inserted along the backbone. Also silicon forms similar materials without the need of carbon atoms, such as silicones through siloxane linkages; these compounds are

thus said to be inorganic polymers. Coordination polymers may contain a range of metals in the backbone, with non- covalent bonding present. Some familiar household synthetic polymers include: Nylons in textiles and fabrics, Teflon in non-stick pans , Bakelite for electrical switches, polyvinyl chloride (PVC) in pipes, etc. The common PET bottles are made of a synthetic polymer, polyethylene terephthalate . The plastic kits and covers are mostly made of synthetic polymers like polythene and tires are manufactured from Buna rubbers. However, due to the environmental issues created by these synthetic polymers which are mostly non-biodegradable and often synthesized from petroleum, alternatives like bioplastics are also being considered. They are however expensive when compared to the synthetic polymers.