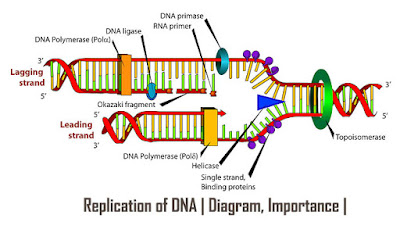 During Replication of DNA first of all two coiled stands of DNA become uncoiled After uncoiled the two strands of DNA move apart because the hydrogen bonds present between complementary base which hold the strands together are released.Like a zipper one by one each purine then separates from its pyrimidine partner. This separation leaves unmatched purine and pyrimidines.These unmatched purines and pyrimidines are satisfied or matched with their complementary partner. An adenine will match with new thymine group and guanine with cytosine group. In this way bit by bit double spiral of DNA continue to ‘unzip’ along its length and at each place nucleotide of proper kind would be added to the separated strands to make proper bonding. All such nucleotides would have extra phosphate groups, which split off during this linkage to supply energy to attach its phosphate group with the sugar of the other nucleotide. In this way a new upright would be supplied to each half of the old ladder. All these steps are closely controlled by molecules known as DNA polymerase. 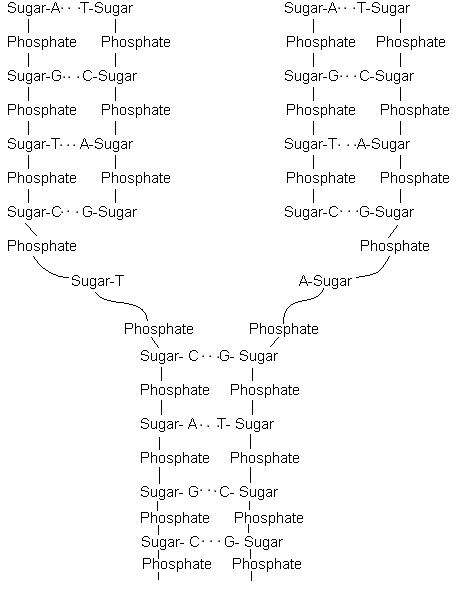 Fig. ‘Replication of DNA’ The double strand unwinds from one end and complementary stands are formed along each chain.