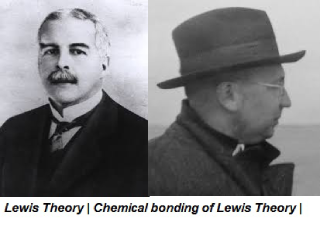 In 1916 W. Kossel and G.N. Lewis put forward the electronic theory of chemical bonding. It was suggested that in a chemical reaction, the atom of an element adjusts their electronic configuration to that of the nearest noble gas. The atoms acquire two electrons, duplet configuration, or eight electron octet structure. For example, H, Li, and Be acquire ns2, and all other atoms tend to attain ns2 np6 configuration. On the basis of this octet theory, the chemical bonds have been divided into the following three types:

The bond formed by the complete transference of one or more electrons from one atom to another atom is called the ionic or electrovalent bond. This is formed between the elements of low ionization potential values (i.e., elements of group I-A and II-A) and the elements with a high electron affinity values such as the element of Group Vi and Vii-A.

“A bond formed by the mutual sharing of electrons between two atoms is called Covalent Bond“. The atoms with zero or low electronegativity differences usually form covalent bonds.