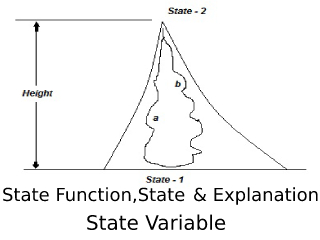 Modular Representation of a State Function.

Consider that you want to reach the top of the mountain. The two paths are : (a) which is short but 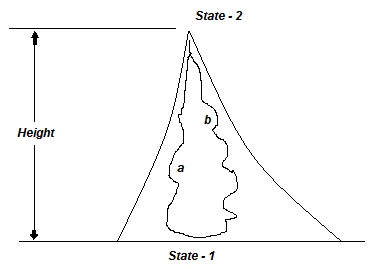 steep and the path (b) which is longer and more gradual. The time taken to climb is different but the height to be covered is same in this adventure. the height corresponds to a state function.

Characteristics of a State Function.