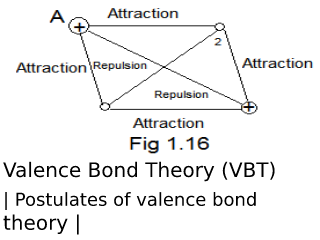 Heitler and F. London calculated theoretically the bond energy and bond length of H2  with the help of wave mechanics. This treatment became known as the valence bond theory (VBT). Later on, it was modified by L. Pauling and J.E. Slater.

Consider the formation of H2 from two hydrogen atoms HA  and HB. Their wave functions are ψA (1) ψB (2) respectively. The numbers 1 and 2 represent their electron.
In order to understand the formation of the bond between two H-atom we will discuss the following two situations: 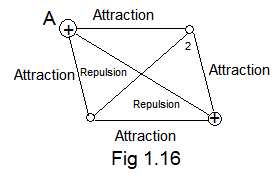 When two atoms are brought closer so that their internuclear distance is equal to the bond length. At such a close distance the interactions of nuclei and electrons have to be considered. Heitler and London pointed out that it is not possible to restrict the electrons to their own nuclei. One electron is as a good part of an atom as it is of the other atom and thus the restriction of the electron is not possible. They suggested an approximate wave function which allows both arrangements: 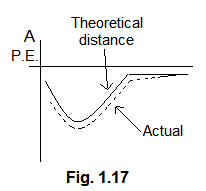 The energy is calculated with (ii) is the minimum of value 303 KJ/mole for a bond length of 0.80 Aº. The lowering of energy is due to the fact that electron is attracted by both nuclei and thus they have a greater volume to move about.

Can be a further improvement can be made in wave function (ii) by considering the possibility that both electrons may occupy the same molecular orbital i.e., the electron 1 of HA  may occupy the orbital of an atom HB and vice versa. This is a situation in which the bond is ionic,

In this discussion, elections are supposed to obey Pauli’s exclusion Principle, i.e., the electron is paired in a molecular orbital. If they have the same spins, the wave function for the system will be some that different
φMO   =  ψA (1) . ψB (2)  +  ψA (1) . ψB (2)  ….. (v)
However, this function does not lead to bonding. 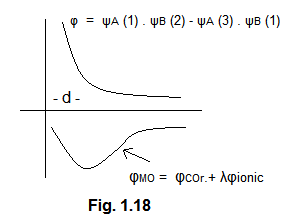