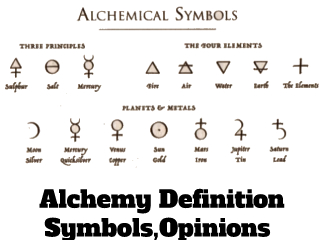 In ancient times in ancient Egypt as early as the 17th century has evolved alchemy, which today is called chemistry. The main objectives of alchemy are associated with the mining of precious metals that most preferred and desired at that time was that of mining gold. Another important and essential part was the opening of the elixir of eternal youth and elixirs to treat various diseases. At the time alchemists make important achievements in metallurgy, which is essentially a target of obtaining alloys. Except in alloys other manufacturing processes were the ones getting some polysynthetic substances such as paints.

Some important findings thereof influence pharmacognosy to detect acts substances, their isolation, a corresponding extraction in the technological criteria for solubility (carrier and fixing it relative to the chemical nature of the biologically active substance). By dissolving the biologically active substances in alcohol, they formed elixirs and essences (with the presence of ethyl alcohol and essential oil, which can have various applications in the food or perfume industry.
Because of the presence of many active ingredients in drugs are used and the distillation process. The process represented the distillation separation process of active substances present in the liquid. The available liquid was composed of several components that were dissolved therein. These existing active ingredients could be released of a part as a result of the processes of evaporation and condensing vapor which is liquefied by cooling, and the liquid which is formed is called distillate. The goals of the alchemists were to discover the Philosopher’s Stone and the healing elixir of life. There are several phases, which they designated a description such as colors: black, white, yellow, red.

Yellow and red are the phases of the “gold” and black and white are the initial and final stages of purification. For symbols in alchemy for the first time Jung ringing in their labors. His issledovaniya were concentrated in alchemy by definition, purpose, subject to study, approaches, methods, and tools used to produce the end result.
Other meaningful features are inserted by Paracelsus, who rather explore the Philosopher’s Stone and its meaning and application. As one of the most famous members of the alchemy is: Paracelsus, Isaac Newton, Jacob biome.

The language of symbols used in alchemy. 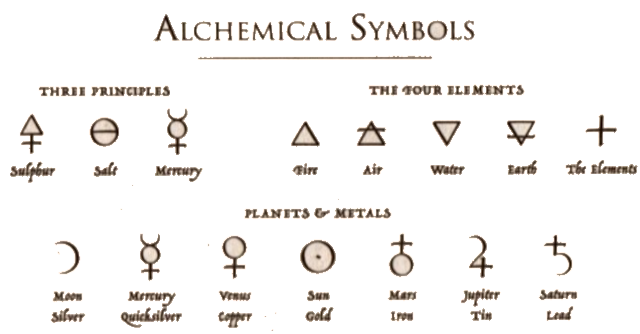 Philosopher’s Stone is a central element of alchemical doctrine, this element is needed to transform base metals into metal. As a philosophical stone can be in various forms, powder or liquid. The properties of the mixture of philosophical stone metal salts and passed through cleaning, mixing and heating. The main role of the mixture was not only to transform metals but also has healing effects on plants, animals and regain youth.

The view of the church of Alchemy.

The Church believes that training and healing outside Christ and The church are impossible. Church rejects the fact that alchemy arises out of nowhere and you need all these scientific advances that can be entered, not criticism. The entry could be books, records, but was not pursued by the alchemists. Chemistry is important to know the empirical concepts rather than be treated by unknown methods. The church says it adheres to religion, not the kinds of sideways to obtain healing powers or transformations.

Scientific statements are complete, but full implementation in religion theme will use. Faith, love, values ​​are important in the background are material goods, which are also important but not the main driving force.