Ozone has created a protective umbrella in the form of the ozone layer. It is of 24 km thickness in the stratosphere and is about 15 km away from the earth’s surface. The concentration of ozone in this stratospheric ozone layer is about 10 ppm, There is only 0.05 ppm in the troposphere. If there are higher ozone concentrations in the troposphere then it is highly injurious to man and vegetation on earth. However, the stratospheric ozone layer is essential for life to sustain on earth.
The ozone layer absorbs the dangerous ultraviolet radiation from the sun and converts it to heat and chemical energy. It is this activity that is responsible for the rise in temperature. This layer is not of uniform thickness. Its profile is shaped like that of earth. Its thickness is highest at the equator and lowest at the poles. 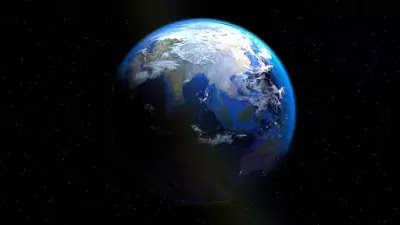 The conversion of O2 to O3 and vice versa is a reversible reaction. So, in nature, ozone is continuously formed and destroyed through photochemical interaction. There is an equilibrium in ozone concentrations. However, this equilibrium is disturbed due to the discharge of anthropogenic air pollutants. The most important is the chlorofluorocarbons, in the atmosphere. The CFCs release free radicals of chlorine, fluorine or bromine. These free radicals destroy the stratospheric ozone as a result of which the ozone layer is thinned. The patches of the thinned ozone layer are known as “ozone holes”. By definition, the ‘ozone layer’ represents only the depletion of ozone concentration but not an empty space in the atmosphere.

Chlorofluorocarbons are such chemicals that are synthetic in nature. They are excellent refrigerants that have low toxicity non-inflammability and the least chemical reactivity. These properties make CFCs very popular in being used as refrigerants. CFCs are also used as propellants for dispersing aerosols. Some other applications of CFCs are as follows:
They are highly corrosive and toxic. For this reason, their use was very much limited.

Chlorofluorocarbons are highly stable compounds. However, the UV radiation between 175 nm and 220 nm present in the stratosphere decomposes them. The chlorine, fluorine or bromine molecules of CFCs are converted into reactive free radicals by photochemical reactions. A few reactions are given below.

Chlorine is also ejected into the atmosphere by volcanic eruptions. A fraction of ejected chlorine reaches the ozonosphere. Oxides of nitrogen generally inactivate chlorine but the lowering of stratosphere temperature changes NO, into non-reactive nitric acid. Thus Cl or F is free to react with ozone, disintegrating it into O2 + O. Each atom of chlorine can destroy more than 1,00,000 molecules of ozone catalytically for converting O3 to O2.

The NO3  Cycle also gives the same result.

The chain reaction mentioned above takes about 40 years before the full effect is felt. The total ozone decreases by 6.5% during the chain. The natural concentration of ozone is maintained by the reversibility of O3, and O2, Due to man-made materials, the abundance of chlorine monoxide-ich air in the stratosphere goes on changing its concentration, This chlorine monoxide-rich with nascent oxygen and free chlorine is formed. This cycle continues and goes on destroying the ozone level.

Now it is strongly realised that unchecked, uncontrolled use of CFCs can create an ecological disaster for the world, CFCs cannot be removed from the atmosphere by the usual processes like photo-dissociation, rainfall, oxidation, etc.

Through the ozone holes, UV rays can travel through easily. The exhaust smoke of supersonic jets floats like thin clouds in the air. The CFCs in such closes react with sunlight to form smog. This raises the temperature of the atmosphere and also causes the thinning of the ozone layer.

The greatest of thinning of O3 would occur at a distance of above 40 km. Here the atmosphere Is photochemically active.
Ozone destructions also depend on geographical locations. For example, The approximate ozone reductions are 4% in tropics 9% in the temperate zones and 14% in the polar regions. There is an appreciable decrease in rainfall levels in the British island and the increasing draughts in the world. This indicates that ozone depletion and global warming have taken place.