What is Sewage?
The wastewater from bathrooms, kitchens, lavatories, etc. is called domestic sewage. The wastes which are disposed of from factories, laundries, laboratories, business houses, schools, hospitals, etc. also result in sewage. The spent water from the community as a whole is called sanitary sewage. 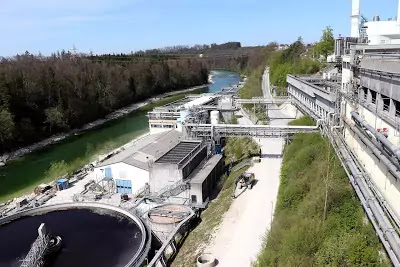 (a) Vibrio cholera. It causes cholera.
(b) Shigella dysentery. It causes bacillary de sentry.
(c) Salmonella typhi. It causes typhoid.
Keeping in view the public health, sewage has to be properly treated.

The following two characteristics are kept in mind to understand sewage treatment.
Some major treatment methods which are generally employed are mentioned below.

This treatment involves the removal of gross solids as large floating and suspended solid matter, grit oil, and grease. This is done by passing through screens, skimming tanks, and grit chambers.

In this stage, we remove the remaining suspended settleable solids and reduce the strength of the waste Sedimentation, mechanical flocculation, and chemical coagulation are common processes in this regard. After this treatment, about 60% of the suspended solids, 30% COD, 35% BOD, 10% phosphorous, and 20% total nitrogen is generally reduced.

Biological processes that involve bacteria and other micro-organisms help to reduce the dissolved and colloidal organic matter. Following sequential changes are brought about.
By this secondary treatment, we achieve.

The main objectives of tertiary treatment processes are the removal of