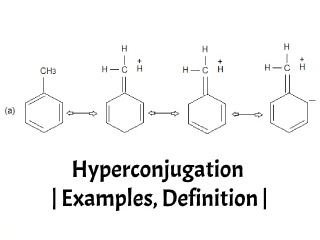 Hyperconjugation the systems of delocalized electrons discussed so far involved only the interactions of electrons. The delocalization of π electrons is also possible with σ electrons. For compounds which have a CH, a CH2, or a CH3, group attached to a doubly bonded carbon atom the following types of contributing structures can be written:

In (a) the hyperconjugation shows why toluene has a dipole moment of 0.37 D.

The observed C – C bond length (between C2 and C3) in (b) is 1.47 Å as against 1.54 Å of ordinary C – C bonds. Similarly, bond lengths are different in the following structures due to the presence of hyperconjugation. 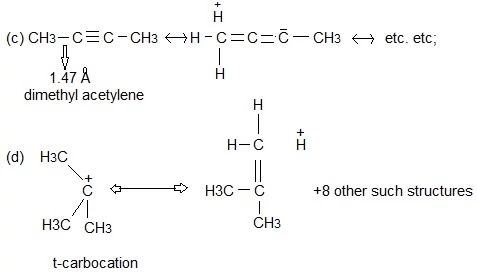 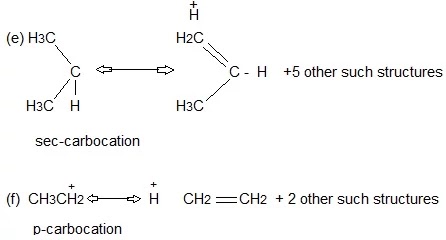 In terms of the molecular orbital theory the orbital of the C – H bond has some overlap with the p orbitals of the adjacent unsaturated atoms. This overlap is not as important as that between p orbitals only. The resonance stabilization due to hyperconjugation is significant but not of the same magnitude as due to normal resonance.