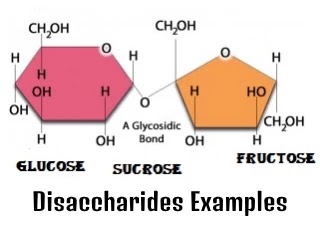 The structure of a disaccharide is established through the following steps:

Maltose is obtained by the partial enzymatic or acid hydrolysis of starch.

It is a water-soluble white crystalline solid and has the molecular formula C12H22O12, It is readily hydrolyzed to two equivalents of D-(+)-glucose on heating with dilute hydrochloric acid. It can thus be concluded that (+)-maltose is composed of two glucose units.

(+)-Maltose is a reducing disaccharide as is evident by its ability to reduce Tollen’s reagent and Fehling’s solution. It forms an osazone and exists in α- and β- forms that undergo mutarotation in solution.
Oxidation by bromine water yields a monocarboxylic acid. This observation indicates that (+)-maltose contains a carbonyl group that exists in the reactive hemiacetal form (as in the case of (+)-glucose).
In order to decide which -OH group is involved and the sizes of rings of the two D-(+)- glucose units, Haworth oxidized (+)- maltose with bromine water to maltobionic acid which yielded octamethyl maltobionic acid on methylation with dimethyl sulfate and alkali. On acidic hydrolysis, it yielded 2,3,5,6-tetra-O-methyl-D-gluconic acid and 2,3,4,6-tetra-O- methyl-D-glucopyranose. The formation of these compounds can only be accounted for by assuming the following structure for maltose in which the two glucose units are joined by an alpha-glycoside linkage (between the carbonyl group of one D- (+)- glucose unit and an – OH group of the other) as is evident by its enzymatic hydrolysis by maltase. It may be noted that maltase is a yeast enzyme that attacks α-glycosidic linkages only. (+) Maltose is, therefore, 4-O-α-D-glucopyranosyl-D-glucopyranose.

(+)- Lactose is the sugar found in the milk of mammals to the extent of about 5 percent of the total weight. Whey, a by-product in the manufacture of cheese, on evaporation affords lactose. (+)- Lactose, like (+)-maltose, has the molecular formula C12H22O11 and is a reducing sugar (i.e., it reacts with Fehling’s solution, forms an osazone, and exists in α– and β-forms that undergo mutarotation). Hydrolysis of (+)-lactose either with acids or treatment with emulsion (which is a characteristics enzyme for splitting β-linkages) yields equal amounts of D-(+)-glucose and D-(+)-galactose. (+)-Lactose, is, therefore, a β-glycoside composed of two monosaccharide units, D-(+)-glucose and D-(+)-galactose. That glucose is the reducing half of the molecule is shown by methylation and subsequent hydrolysis of methyl heptamethyl-lactoside yielding 2,3,6-tri-O-methyl-D-glucose and 2,3,4,6-tetra-O-methyl-D-galactose. The position of the – OH group of glucose that is involved in the glycosidic linkage and the sizes of the glycosidic linkage and the sizes of the rings in two monosaccharide units is settled by the sequence of oxidation to yield lactobionic acid, methylation (octamethyl derivative) and subsequent hydrolysis to yield 2,3,5,6-tetra-O-methyl-D-gluconic acid and 2,3,4,6- tetra-O-methyl-D-galactose. (+)-Lactose is, therefore, 4-O-β-D- glactopranosyl-D-glucopyranose.

(+)-Sucrose is the common sugar. It is manufactured from sugar cane or sugar beets.
Upon heating with dilute acids, sucrose is hydrolyzed to an equimolecular mixture of D- (+)-glucose and D-(-) fructose. The hydrolysis can also be effected with an enzyme known as invertase. The optical rotation of (+)- sucrose is +66° whereas the rotations of glucose and fructose are +52° and -92°, respectively. A mixture of equal amounts of glucose and fructose, then, has a net negative value.

The process, therefore, is referred to as inversion of cane sugar. As the relative sweetness of fructose is more than that of sucrose, invert sugar, which is relatively sweeter, is used for the preparation of ice cream, candy, etc. The sugar in honey is largely inverted sugar as a result of the action of the enzyme invertase on sucrose.
(+)- Sucrose has the unusual property of being non-reducing as it does not reduce Fehling’s solution and Tollens’ reagent. It does not form an osazone except after prolonged heating, which results in partial hydrolysis. All these observations suggest that the potential carbonyl group of both monosaccharide units (C1 of glucose and C2 of fructose) is tied up in a glycosidic linkage. The ring size of the monosaccharide units of sucrose is established by the hydrolysis of octamethyl sucrose which yields 2,3,4,6 tetra-O-methyl-α-D-glucopyranose and 1,3,4,6-tetra-O-methyl-D-fructofuranose. The absence of methyl groups on C5 of these products clearly indicates the involvement of -OH groups located on these carbons in the formation of the oxide ring. It thus becomes evident that glucose and fructose units are present as a six-membered and five-membered rings, respectively.

That the glucose component is α-glucose is established by the enzymatic hydrolysis of sucrose by the enzyme maltase, which is specific for hydrolyzing an α– glycosidic linkage. Likewise, the fructose unit has been shown to have the β–configuration. An unusual aspect of the sucrose structure is the furanose ring of the fructose portion of the molecule. The sucrose may be called either α-D-glucopyranosyl- β-D-frucofuranoside or β-D-fructofuranosyl-α-D glucopyranoside.