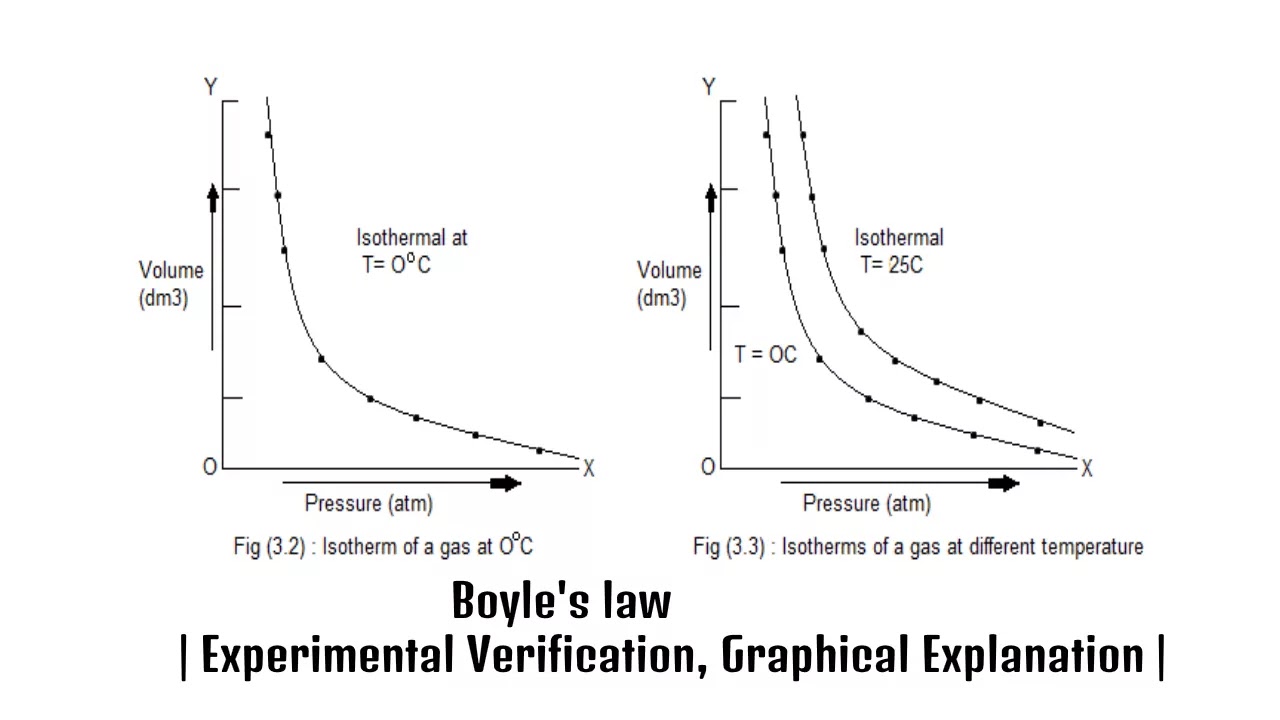 The volume of a given amount of gas is inversely proportional to the pressure of the gas at a constant temperature.

‘k’ is the proportionality constant and ‘n’ is the number of moles of gas. The value of ‘k’ is different for the different amounts of the same gas. It also depends upon the pressure and quantity of the gas. According to equation (1), Boyle’s law has got another definition.

Boyle’s law can be verified by working on the apparatus shown in Fig (3. 1).

Take a gas in a cylinder with a movable piston. This is also attached to a manometer to record the pressure.
The volume “V1” the given quantity of gas at pressure P1 = 1 atm is reduced in proportion to the increase in pressure when the temperature is kept constant. When the piston is pressed twice the pressure becomes two atmospheres. When this piston is pressed three times, then the pressure becomes three atmospheres. If the initial volume at two atmospheres is 1dm3, then it becomes 0.5 dm3‘ and then 0.33 dm3 respectively with increasing pressures. The value of the product of pressure and volume remains the same at the same temperature.

This curve at fixed temperature and quantity of a gas is called isotherm of the gas.

If the temperature of the above-mentioned gas is maintained at 25°C and again the isotherm is plotted then it goes away from the axis. Fig (3.3).