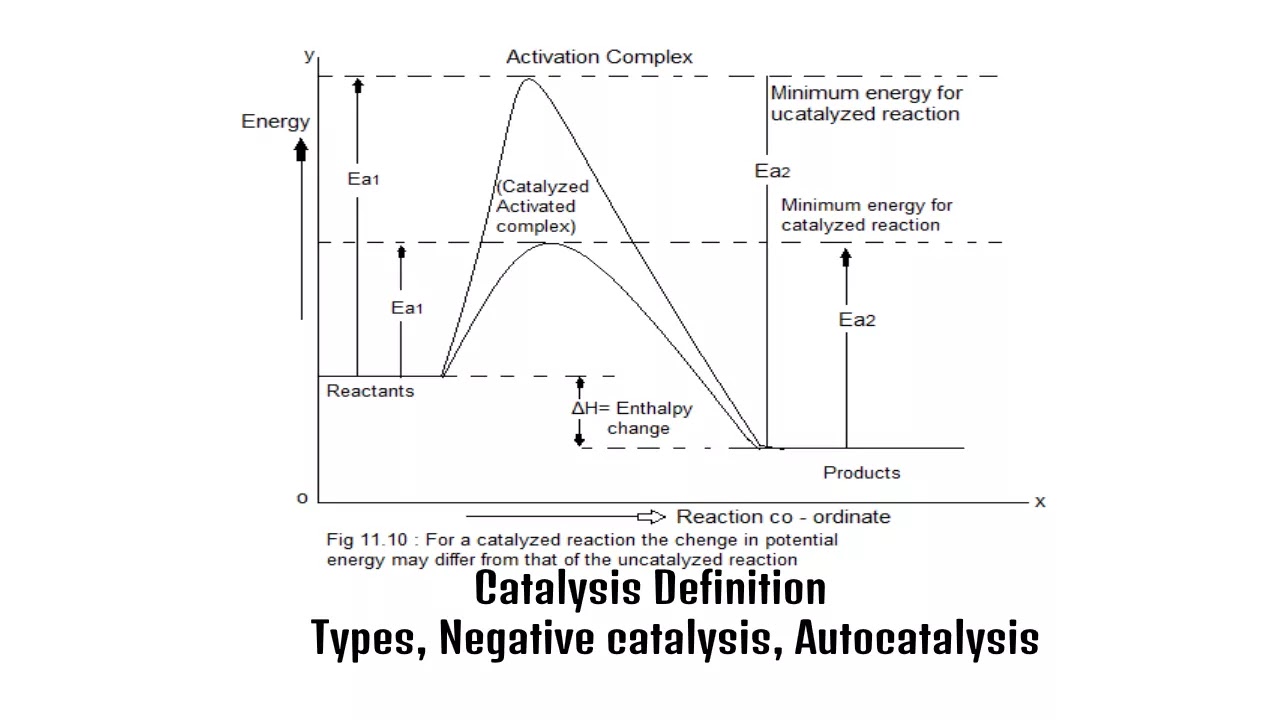 A substance that increases the rate of a chemical reaction is called a catalyst, and the process of increase of reaction rate is called catalysis.

Catalysis and energy of activation. 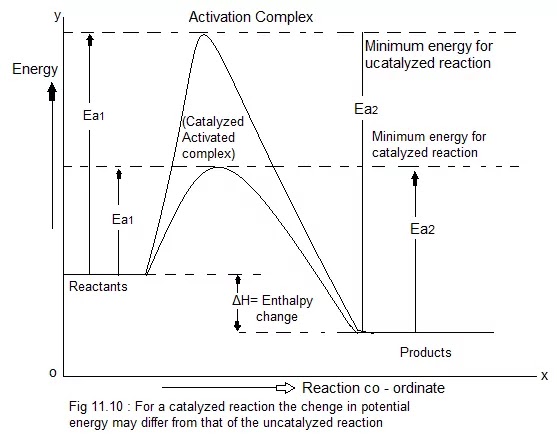 There Are Two Types of Catalysis.

When the catalyst and reactants are in different phases, then it is called heterogeneous catalysis.

Activation of a Catalyst.

Those substances which promote the activity of a catalyst are called promoters or activators. Tetraethyl lead Pb(C2H5)4 is added to petrol because it saves petrol from pre-ignition. This compound of lead is used to improve the octane number of petrol.

Sometimes the rate of a reaction can be retarded by an added substance. This is said to be a negative catalyst or inhibitor.

That substance that is formed in the course of reaction some time acts as a catalyst.
Examples: